The Sakada Series (35min) is a series of three short films that captures the personal stories, struggles and successes of the Sakadas and of the Filipino-American second-generation in Hawaii, within a cultural and historical context.  Sakadas are Filipino contract workers who immigrated to Hawaii between 1906-1946 to work as laborers for Hawaii’s sugar and pineapple plantations. 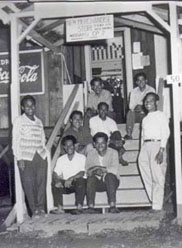 Between 1906-1946, over 100,000 Filipino men were recruited by the Hawaiian Sugar Planters’ Association to work as Sakadas for Hawaii’s booming sugar plantation industry. The final wave of labor migration took place in 1946, with 6,000 Filipino men immigrating to Hawaii.

By 1932, Filipinos became the backbone of plantation labor, making up 70% of the plantation workforce. Viewed primarily as instruments of production, they performed the most labor-intensive jobs (such as manually cultivating and hauling cane) and were paid less than other ethnic groups – an annual average of $467 in 1938, compared with $651 for Japanese workers, according to a 1939 Bureau of Labor Statistics report.

In addition to performing backbreaking work, the Sakadas found resourceful ways of living, including planting their own food, fishing and working extra jobs – while still sending money to the Philippines to support their families there. At the onset of the Great Depression in 1929, Filipino workers in Hawaii collectively sent $276,000 to the Philippines each month.

The Sakadas played a lead role in the fight for labor equality within the plantation system; as the backbone of the International Longshore and Warehouse Union (ILWU), their support in numbers, courage and resilience ensured the victory of union strikes.

The Hawaii State Legislature recently passed a bill enacted into law proclaiming December 20th of each year as “Sakada Day” in Hawaii. The bill recognizes the historic significance of the Sakadas as great pioneers who, through their sacrifices and struggles, paved the foundation for the establishment of the Filipino community in Hawaii and helped to shape the diverse Hawaii we have today.

May 22, 2015 – The Hawaii State Legislature recently passed a bill proclaiming December 20th of each year as “Sakada Day” in Hawaii.  A press release from Governor Ige’s office can be found here.  Photos from the event can be found here.

1946 Sakada Filipinos and the ILWU

December 20, 2015 – The first Sakada Day celebration at the Hawaii State Capitol auditorium was a huge success.  Read about it at the Star Advertiser.  Photos from the event can be found on our Facebook page.

Are you looking for information on a Sakada or Filipino plantation laborer?

If you are looking for information on a relative or a friend that was a Sakada or Filipino plantation laborer between 1906-1949, please visit the Brigham Young University’s Filipino Laborers Collection, which comes from the Records of the Hawaii Sugar Planter’s Association at the Joseph F. Smith Library Archives and Special Collections.  These include approximately 100,000 labor records, passenger lists for vessels transporting workers between Honolulu and Manila, and a small collection of photographs from the Philippines. The collection was created and managed jointly by the Hawaii Sugar Planter’s Association and the U.S. Department of Labor to document and manage the labor contracts of Filipinos arriving as contract workers in Hawaiian sugar plantations between 1906 and 1949.

May 2018 - Winner of "Best Documentary Short" from Honolulu Film Awards

June 2018 - "Silver Award" winner from Spotlight Documentary Film Awards. Director Maribel Apuya is featured in the "2018 Filmmakers in the Spotlight."

September 2018 - Filipina, the third film in The Sakada Series wins "Best Editing" at the Culture and Diversity Film Festival.

Featured on We are Moving Stories.  Check out the interview with Producer and Director, Maribel Apuya, here.

Filipina, the third film in The Sakada Series, will screen at the:

Thank you to our Grant Funders, the Mayor's Office of Culture and the Arts and the Atherton Family Foundation, and to our Sponsor, Boutique de Voile, for funding The Sakada Series.  We will complete production by end of December 2016.