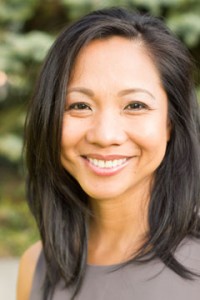 Maribel Apuya is an independent Filipino-American screenwriter and filmmaker who was born in the Philippines and grew up in Hawaii.  She is a graduate of the University of Hawaii at Manoa, where she was both a Presidential Scholar and a National Science Foundation Scholar.

The former Miss Hawaii Filipina spent a decade in New York City training in theater performance and studying storytelling.  She attended the Neighborhood Playhouse School of the Theater, a two-year acting conservatory and worked with renowned theater companies such as SITI Theater, Shakespeare & Company, the Linklater Center, and others.  She is a graduate of UCLA’s Professional Program in Screenwriting and holds a Master of Fine Arts (MFA) in Creative Writing and Writing for the Performing Arts from the University of California, Riverside, where she was granted the Chancellor’s Distinguished Fellowship Award.

The preservation of the Filipino-American experience in Hawai’i has been a major topic of interest for Maribel, as explored in her series of short films, The Sakada Series. The Sakada Series won an “Award of Merit” from Impact DOCS Awards (2018) for bringing creativity, grit and determination to topics raising awareness around the globe; it also won “Best Documentary Short” from the Honolulu Film Awards (2018), “Heritage Award” at the DisOrient Asian American Film Festival of Oregon (2018), “Silver Award” from Spotlight Documentary Film Awards (2018), “Exceptional Merit” award from Docs Without Borders Film Festival (2018), and a “Special Jury Award” from the North American Film Festival (2018). 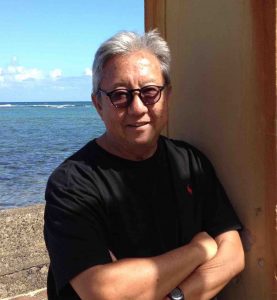 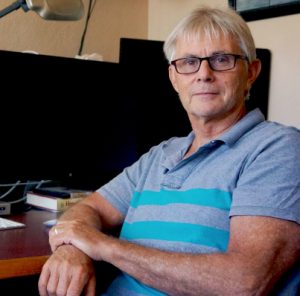 Daniel has provided high-end broadcasting post-production services to local clients since 2001. A graduate of Leeward Community College and the Ecole des Arts & Metier in Geneva, Daniel brings excellent computer skills, extended experience in broadcast graphics, and a strong visual sense of composition to his work. He is also professionally trained in the authoring of fully interactive DVD.

Since coming to Hawaii from his native Switzerland in 1986, Daniel has provided design and editorial services to Island Post, Downtown Post, and Pacific Focus before establishing DBBC. He is the recipient of both local and national industry awards for his broadcast work. In recent years, Daniel has specialized in the creation of After Effects animations and compositing for video programs, spots, and show opens. 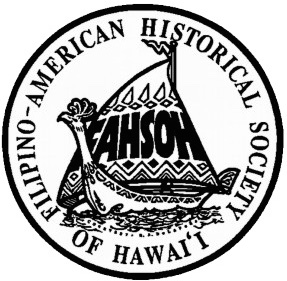 The Filipino-American Historical Society of Hawaii is a private, non-profit 501(c)(3) organization which preserves, enhances and promotes an appreciation of the Filipino heritage and the experiences of Filipino Americans in Hawaii.

The mission of FAHSOH is to foster an appreciation of the heritage and experiences of Filipino Americans in Hawaii. We believe that knowledge of the history and culture of all peoples affirms individual dignity and teaches respect and understanding.

Established in 1980, FAHSOH brings together individuals who are interested in learning more about the Filipino heritage and increasing their understanding of the Filipino American experience. FAHSOH shares this knowledge with the wider community through exhibits, community forums, films, workshops, publications and other public presentations and dialogues.